The American Society of Music Arrangers and Composers in LA, ASMAC happily introduced their new branch in New York City today as part of the celebration for ASMAC’s 82nd anniversary. 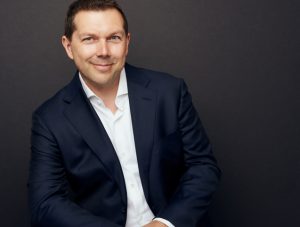 The unveiling of the NYC branch gives inspiration at a time when the arts needs it the most. Three-time Tony Award winner Doug Besterman will act as the President, with Russ Anixter and Haleigh Bennet acting as Vice Presidents of the new chapter. John Clancy will be working alongside them on committees addressing benefits and negotiations with the American Federation of Musicians union. This NYC branch is an exciting expansion of ASMAC, connecting east and west with the world.

ASMAC and ASMAC/NYC are a not for profit, 501c3 organization. Originally founded in 1938 under the name of the American Society of Music Arrangers, or ASMA, in 1987 they expanded the name to include composers, now known as ASMAC. Connecting musicians from around the world in the music industry ASMAC started more as a guild, first by addressing conditions and rights of the teams of arrangers and musicians who had no power when representing themselves in negotiations with music unions. The organization has brought members together with the power of numbers, advocating for such rights including full employment alongside the fully employed studio orchestras, screen credits, working conditions, benefits, and fair wages. ASMAC continues to address the ongoing issues of royalties still plaguing the industry today.

The expanding umbrella of ASMAC’s NYC branch will help all artists who identify themselves as composers and arrangers for vocal, dance, rhythmic, or synth tracks. This also includes music directors and music producers who are also acting as composers and arrangers. In a field where there is often great isolation during the creation process, coupled with competition for work between everyone, we need places where artists gather to support each other. ASMAC/NYC looks to continue on the east coast the mission of ASMAC thru representation, education, and advocacy, continuing to raise standards for all arrangers and composers in the future. This is a beautiful thing.

The two most inspiring points to be addressed by the new chapter are systematic discrimination, be it racism or sexism, and also the goal of enabling intergenerational contacts with legends of the industry thru additional mentoring programs and new intern positions. The NYC branch shall also include all members in the ASMAC directory and connect members to scholarship and award opportunities already existing within ASMAC.

The present online Saturday series of workshops to benefit artists in the field will be supplemented with more online and non-conflicting Saturday events from the NYC branch. Then as things reopen, events will start happening in person! Also mentioned at the unveiling were the ASMAC/NYC connections with resources and platforms such as Maestra and SCL, and my former local, the American Federation of Musicians, AF of M local #802.

I think it extremely important to share this additional wonderful and upcoming goal of the NYC branch. They have initiated plans for starting a resource library of scores available to its members for study! This new resource library is still in the early stages of partnering with other music libraries. The resource library will be a huge asset to musicians and composers in the industry and allowing access for analysis of charts. With the expansion of the resource music library, there will also be an outreach to dance, jazz, folk, and Latin music arrangers music to be included, and to be showcased in workshops.

Ideas for future online and in-person workshops will cover aspects of running your business such as how to negotiate your agreements, invoicing of your work, building an effective website, and using social media to your best advantage. These workshops will also address modern-day issues of creating and copying music, how to coordinate with other colleagues in your music preparation, and introductions to new software being introduced in the market. In a further effort to serve members the following emails are direct ways to contact the new NYC branch with ideas and thoughts for upcoming workshops:
Doug@ASMAC.org and Ed.ASMACNYC@gmail.com

ASMAC is thrilled to welcome the NYC branch and invites all of you to visit their website at www.ASMAC.org to read more about becoming a member, see the schedule of online workshop events, explore the mentoring and scholarships programs, and take part in the exciting annual Gold Score Awards in LA! Best wishes to the New York City chapter of the American Society of Music Arrangers and Composers.